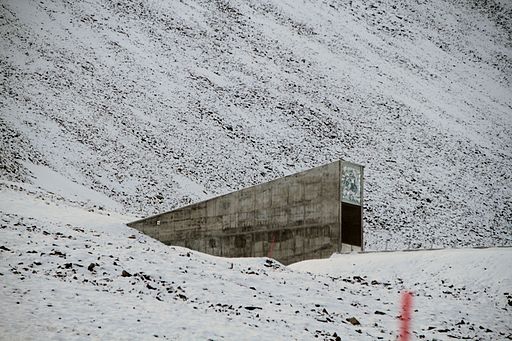 We received several queries and comments from our readers pertaining to our article on Svalbard seeds posted here. So this article is a follow-up to that as an attempt to solve some of those doubts.

As one of our readers rightly pointed out, the Svalbard seed vault has been jointly funded by financial bigwigs like Bill Gates and Agrochemical giants such as Syngenta and Monsanto. Other investors include Rockefeller, and of course the Government of Norway. The Svalbard seed vault started as an attempt to solve food shortage and ensure seed preservation in case of a major catastrophic event. The very fact that it has more than 4 million seed samples raises the question: Since genetic modification has become an integral part of the world’s seed supplies, are the seeds in the vault genetically modified?

A bit of a premise for readers who are unfamiliar with the Svalbard Doomsday seed vault:

Why has Svalbard seed vault come under the scrutiny of activists?

There are a number of reasons why Svalbard seed vault has come under the scrutiny of activists and these have nothing to do with the conspiracy theories surrounding doomsday and end of the world (SHTF) events.

The most obvious answers to these questions pertaining to their involvement in the vault are: by controlling this Global seed vault, these chemical giants are further trying to gain control over the world’s plant seed genetics. A legal memorandum has also confirmed this for a fact that the agreement between Svalbard and these chemical corporations is to create a beneficial arrangement for the latter. It won’t be too surprising if we discover that the seed samples in the vault are GMO.

This treaty (the legal agreement) between the Vault and seed suppliers is highly complex and fraught with difficult nitty-gritty of International Laws. In the meantime, the GCDT is trying to acquire more samples from local collectors most of who have no idea what is going to happen to their seed samples. For further reading on the results of the damage that such local usurping of seeds by Svalbard advocates - click here.